1941 The war in Europe continued to dominate world affairs but a new threat was growing which would soon involve America as the Japanese caused a threat Asia in the Pacific and preparations for war continued . The British Prime Minister Winston Churchill addressed the joint session of congress asking for help in the form of Arms . The US still continued as normal with 2 great movies produced that year that would stand the test of time “Citizen Kane” and “Dumbo”. After many years where parents had decided what teenagers wore a new revolution was happening where teenagers became fashion conscious , also drive in Movies and drive in fast food were growing in popularity. On December 7th the US was attacked by the Japanese at Pearl Harbor in Hawaii more than 2400 American servicemen were killed that day and America entered the WAR . And with neutrality ended some 950 tanks were sent to Britain together with food, trucks, guns and ammunition.
Jump To World Leaders — Calendar — Technology — Popular Culture — News and Events — Born This Year — Cost Of Living 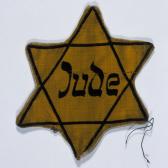