Stewart played a young pansexual who approaches an older couple, played by Ego Nwodim and Kenan Thompson, hoping for throupling. They naively denied her advances but, as it turns out by the end of this decent sketch, they had their own kinks.
Double Dippers

McKinnon’s Warren also compared her plan to Joe Biden’s by saying hers was favorable simply because “it exists.” But pulling out a board with her three-point plan on it, she noted that the first step to paying for Medicare for All is to cut military spending, “so immediately dead in the water,” she said.
The second step said “Amazon creep,” which McKinnon’s Warren explained meant Jeff Bezos would “go from paying no tax to a tax.” Speaking directly to Bezos, she put taxes in terms best suited for him: by comparing them to Amazon Prime. “You reap the benefits, you’ve got to pay an annual fee,” she said.

“Good Morning Angels” or should we say good night, on a new live SNL tonight hosted by Charlie’s Angels star Kristen Stewart!
Saturday Night Live is back live tonight at 11:30pm et on NBC with its 5th show of the new season. For this evening’s show, EP Lorne Michaels brings back Kristen Stewart to host SNL for her second time. She will be promoting the new action comedy, “Charlie’s Angels” which is in theaters nationwide on Friday, November 15th. This is the second film reboot of the popular mid-1970’s TV show of the same name, with this one written and directed by Elizabeth Banks. It’s also produced by Banks and executive produced by Drew Barrymore who starred in and executive produced the first movie incarnation of “Charlie’s Angels“.

The scene opened up on a fictional Warren town hall in early-voting state Iowa.
“You know where I pay my taxes? Every single state, out of principle,” she joked. 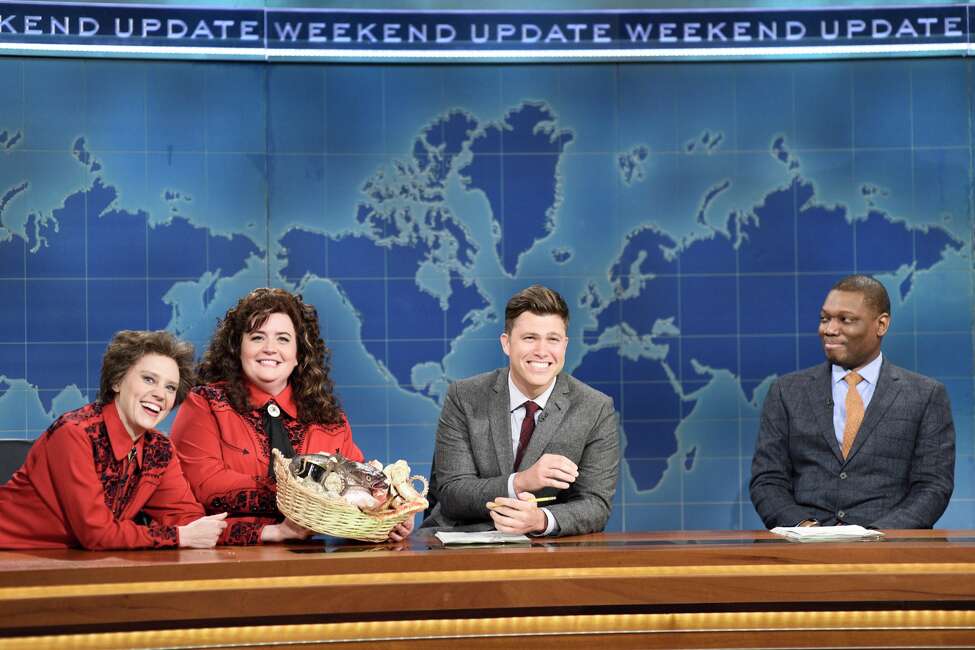