Daniel Ellsberg, a government consultant, gained access to some of the classified documents and leaked them to the New York Times in June of 1971. The reports revealed many large scale attacks that the U.S. public were not aware of, causing many U.S. citizens to lose trust in the United States government. The general feeling was that the United States government had misled the public and withheld the truth.
The information in these documents also added to the already growing unpopularity of the Vietnam War and only increased anti-war sentiments. In June of 2011 the Pentagon Papers were fully declassified and released to the public for the first time. 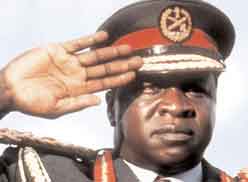 Apr 9 Charles Manson is sentenced to death.
Mar 8 In Turkey, four United States airmen are freed unharmed after five days in the hands of leftist kidnappers.